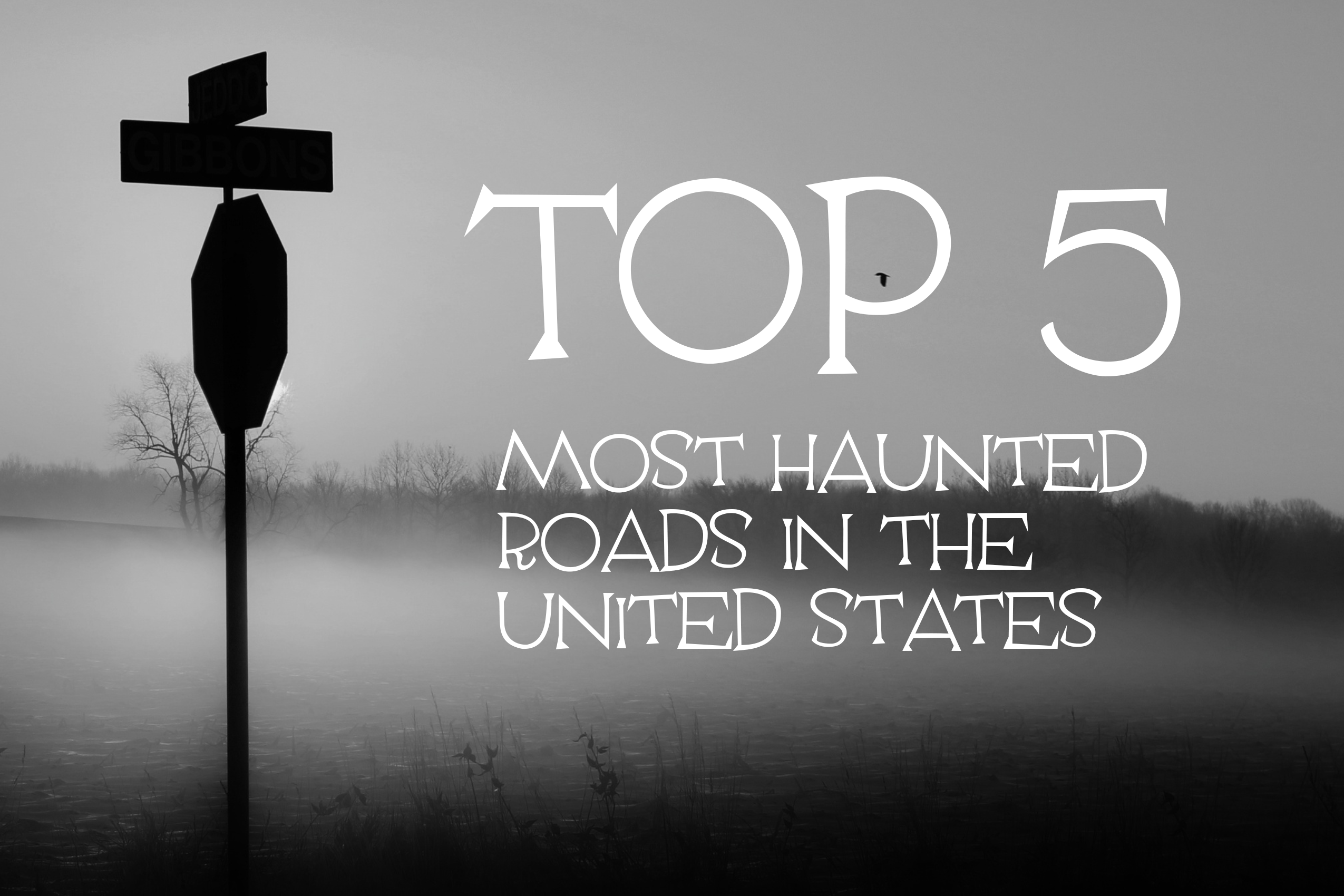 Oftentimes, truck driving jobs are occupied by people who enjoy solitude. Unless you drive with a passenger or a companion, which is allowed by most companies, you’re destined to spend most of your day completely alone. For most drivers, this is something that they really appreciate.

But as we approach the creepiest time of the year, being alone in a semi-truck at night can be terrifying. You now have the added factors of cold weather, drunk drivers, and unstable road conditions. We’re about to give you another reason to be scared as you drive — haunted roads.

That’s right. Houses, hospitals, asylums, and many more things can be haunted — why can’t a road? In fact, there are more haunted roads than you’re probably aware of. Today, we’re going to discuss the five most haunted roads in the United States.

*WARNING: Some backstories have graphic details*

These are the 5 most haunted roads in the US

I’ll be the first to admit that I am extremely skeptical of those who refer to this highway as being “haunted.” Realistically, this one is probably mental for a lot of drivers. “666” is obviously a spooky number and the fatality rate on this highway is *technically* higher than most highways.

Still, this was enough for the highway to be renamed to “Route 491” and have multiple works of fiction based on it. Again, if we’re being realistic, this highway probably wouldn’t be considered “haunted” if it wasn’t called “Route 666” at one point.

This one is actually less haunted and more… alien-y. The mysterious Area 51 is just off course from this road — many drivers who pass by will look for strange activity in the surrounding area.

Also known as the Extraterrestrial Highway, Route 375 passes by super-secret Area 51, so UFO seekers drive along this road hoping to spot something out of this world. Drivers should keep their eyes on the road while passengers look toward the sky to watch for any mysterious lights or aircrafts.

Annie’s Road goes by the real name “Riverview Drive.” It’s located in Totowa, New Jersey and has a dark history. According to the story, a couple got into a fight when the man kicked the woman out of the car, where she would fall into the street and get hit by a truck. Her dress would snag and she would be dragged by the truck until she died.

Apparently, she still haunts the roads in search of revenge.

To add to the eeriness, there is no phone reception in the area. Witnesses claim that she seems 100% real before completely vanishing.

Okay… if you’re afraid of ghosts, it might be best to avoid New Jersey at all costs.

In 1983, a cyclist was riding down the road when he spotted vultures attacking something on the ground. Turns out, they were gnawing at the corpse of Daniel Deppner, who was killed by Richard Kuklinski.

Oddly enough, not many people have experienced “hauntings” that relate to Deppner. Instead, there have been reports of a ghost boy, a haunted druidic temple, a ghost truck, and strange hellish creatures.

While there isn’t a specific history on this road, an abandoned truck stop in Villa Ridge is said to be one of the most haunted spots in the US. Still, if you’ve been a truck driver for a long time, you can imagine some of the stuff that happens in a place like this.

The stories of hauntings are pretty well-documented, getting to the point where paranormal investigation teams have visited. Commercial Truck Trader said, “visiting mediums have suggested the truck stop is a portal to the other side of eternity, where souls reenter our world and attach their spirits to truckers whom they might possess in order to drive themselves home.” 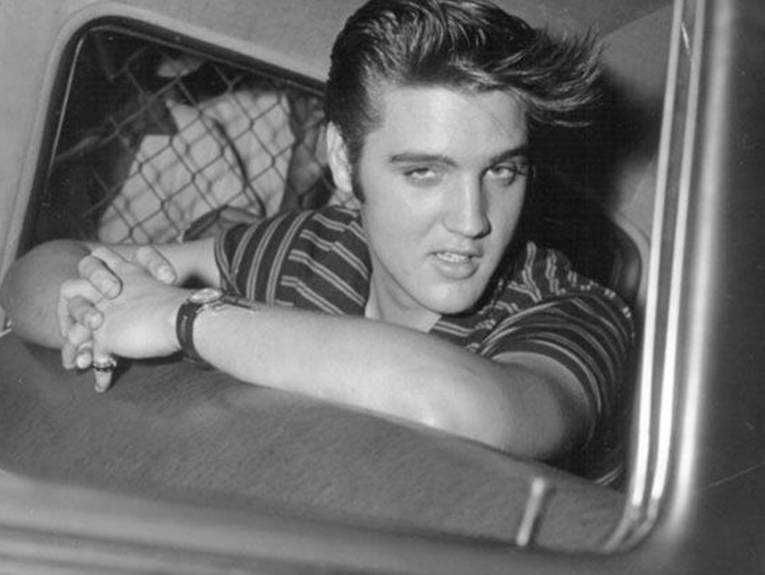 No matter what your opinion is on truckers, there is a simple truth that will never change — trucking is essential work. Without it, we wouldn’t have food to eat, household goods, or even gasoline for our cars. Because of this, it will always be a popular profession.

It always has been one, too.

In fact, even with a shortage of drivers at hand, over 1% of the US population drives a truck. To put a number on it, we have an estimated 3.5 million drivers across America. With numbers like that, you will inevitably have drivers who either were famous, are famous, or will become famous in the future. Today, we’re looking at the most famous celebrities who used to be truck drivers.

When you think of Liam Neeson as a truck driver, the first thing that will come to mind is probably his role as a trucker in The Ice Road, a 2021 film that can be found on Netflix. Despite mixed reviews, the movie focuses on an ice driver who is on a rescue mission and does an interesting job portraying the profession.

What many people don’t know, however, is that Neeson was a truck driver as a young adult. He didn’t drive a big-rid but he was a forklift driver in his younger years, something that he reference multiple times during media coverage of the film.

Jason Aldean has created popular music for quite a long time. The 45-year-old has seen success in the industry since the early 2000s. Two decades later, he’s still chugging along, but what was he doing before this?

Many don’t know this, but Aldean was a local truck driver in Georgia, delivering Pepsi products to convenience stores. I guess being an international rockstar seemed a bit more glamorous than this.

As you can see, there’s an apparent pipeline for truckers to become famous in the film industry — maybe this is your queue. James Cameron is best known for movies like Avatar, Titanic, and The Terminator, though he came from humble beginnings.

In order to save up money for films early in his career, Cameron was a truck driver. This would eventually lead to his path to stardom in the film industry, where he is known as one of the greatest directors of all time.

Like two of the aforementioned celebrities, Chevy Chase is known for his work in the film and television industry. Chase is best remembered for driving a four-wheel station wagon across America in National Lampoon’s Vacation. After finishing med school and performing in a jazz band, Chase drove trucks until his big break as a comedian and actor.

Do I need to give any background on Elvis Presley? The king of rock n’ roll is one of the most famous human beings in American history. As depicted in the 2022 Baz Luhrmann film Elvis, the musician was a truck driver before breaking onto the music scene.

Elvis drove for Crown Electric Company and it is said that his popular slicked-back hairstyle was popular among truck drivers at the time.