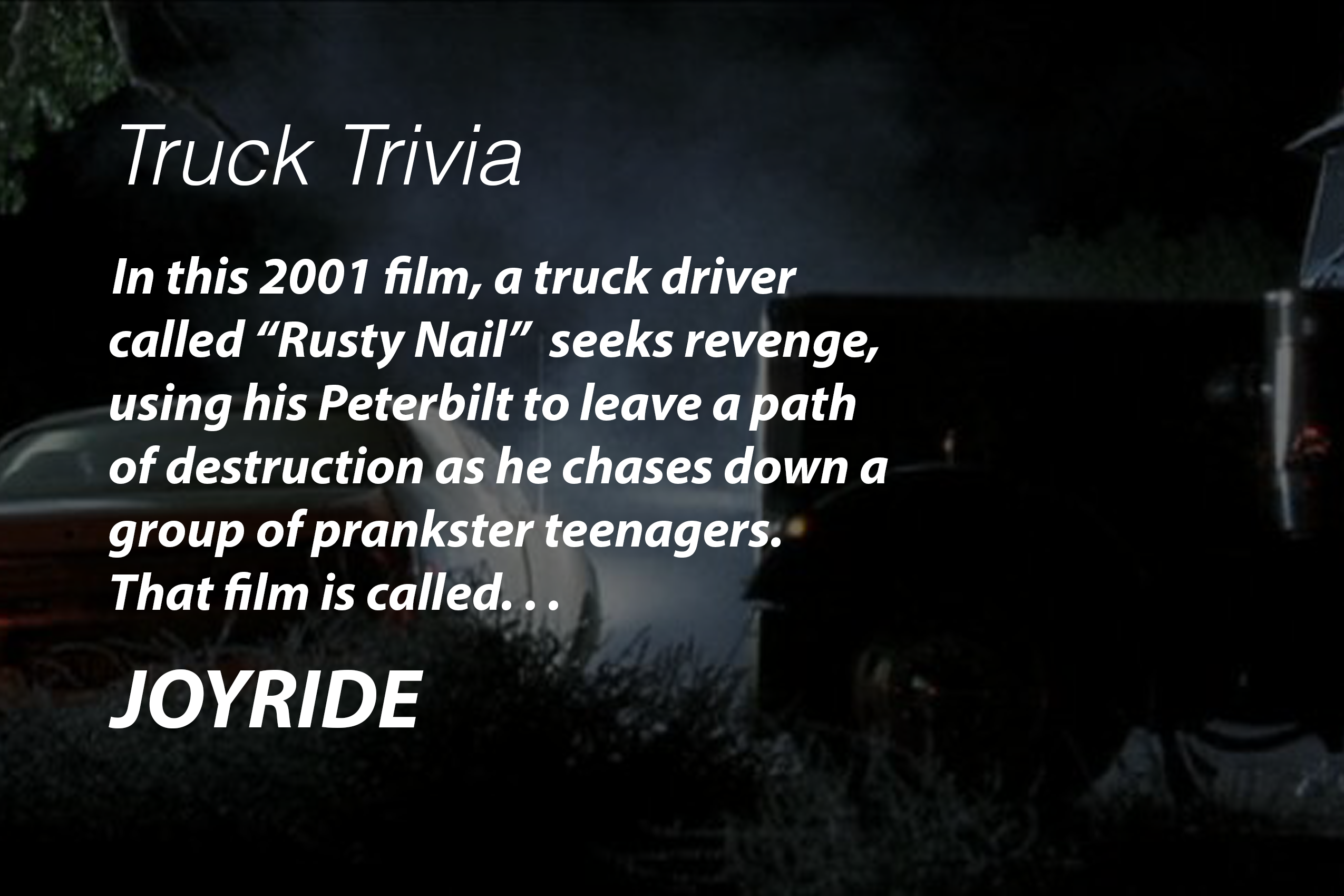 The trucking industry is well-represented in films. Unfortunately, it is not always portrayed in the brightest light, with truckers often being the antagonists and, in some cases, the truck itself being the antagonist. A strong example of this is the film Maximum Overdrive, where Emilio Esteves finds himself running from evil, self-aware semi-trucks.

In 2001, we saw another example of this in Joyride, a film that starred Paul Walker.

What starts as a CB radio prank quickly turns into a life-threatening chase for Walker’s character, Lewis Thomas. After pretending to be a woman and tricking a truck driver, the truck driver quickly finds out and soon seeks vengeance. He chases Thomas and other characters in his… you guessed it — Peterbilt 359.

Here are 10 other notable films or TV shows that feature semi-trucks, IMDB