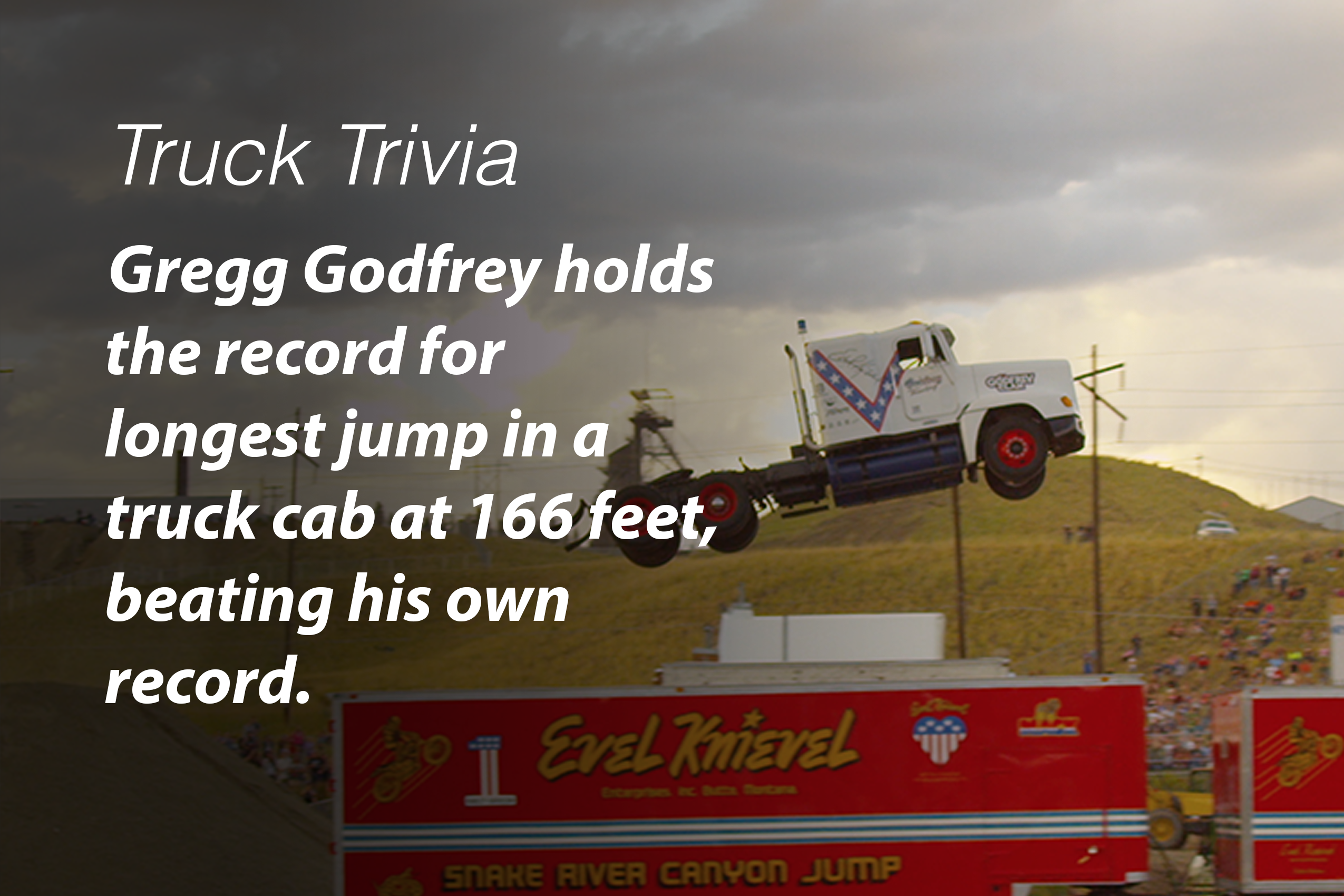 Semi-trucks were created to serve a single purpose — haul as much cargo as physically possible. Despite the fact that more could probably be fit into a semi-truck at times, the legal limit for gross vehicle weight is 80,000 pounds.

Long story short… these trucks were not made for stunts. Not even close.

But that didn’t stop Gregg Godfrey, a member of Nitro Circus, from attempting to pull off a huge stunt. That stunt was to jump a semi-truck as far as he could. Godfrey originally started with just a 50-foot jump before building his way up to a jaw-dropping 166 feet.

Gregg Godfrey’s family has a history of trucking

Godfrey’s decision to jump a semi-truck may seem random. But in fact, it wasn’t — it was far from random. What isn’t often mentioned is that Godfrey’s father was a long-haul trucker when he was born in Draper, Utah.

This is likely what inspired him to jump a semi-truck 166 feet. Godfrey himself admitted that he didn’t even intend on jumping as far as he did —he said he “meant to only go 140 feet.” Guess he got carried away and smashed the old record.

A video of the jump can be seen here:

One of the first replies to the video simply states “WTF who thinks this sh*t up.”

Godfrey did something that few will dare to attempt in the future. Jumping a semi-truck is seriously dangerous. This record has been held since 2015 and it seems unlikely that anybody will attempt it again anytime soon.