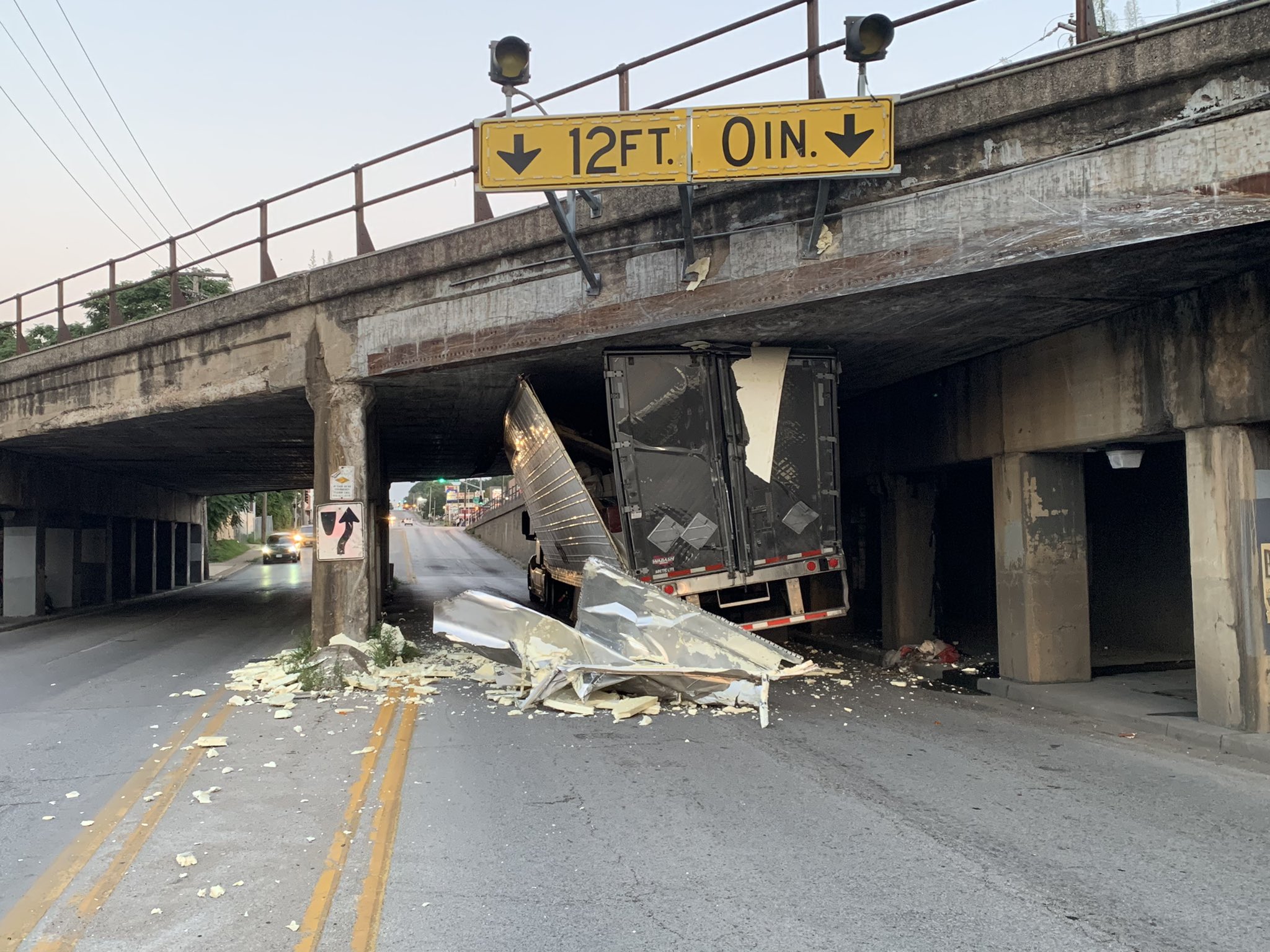 Getting into a crash is a truck driver‘s worst nightmare. Even if the driver themself isn’t injured, there’s a good chance another person involved in the crash will sustain injuries. In fact, it’s estimated that semi-trucks are involved in over 4,000 deaths per year in the US. It’s nobody’s fault; simply the reality of driving a 12-ton vehicle with much smaller four-wheelers on the road.

But not all crashes are deadly.

In fact, there is a location in the United States that causes crashes multiple times per year without any deaths. That location is the Independence Avenue Bridge in Kansas City, Missouri.

If you’re a trucker who is unfamiliar with the Independence Avenue Bridge, you need to get familiar with it. The Kansas City location seems to cause multiple crashes every year. Each time, it’s the same story — a trucker thinks their truck can make the clearance and it just can’t.

I can’t find specific statistics on how many crashes there have been, but a quick google search of “Independence Avenue Bridge” will reveal a plethora of articles detailing crashes at that location.

Last week, the bridge took another victim, slicing off the top of a semi-truck despite a 12-foot clearance sign. Here’s a video of that.

You can see the brake lights, but it was too late.

Another crash at the Independence Ave. Bridge. No Injuries.

You can even see the truck begin to stop as the driver realizes that it’s too short.

Again, this is not an isolated incident. If you want, you can take a deep dive into that Twitter account — it exists for the sole purpose of documenting anything crash-related that has to do with the Independence Avenue Bridge.

Thankfully, this is an issue that Kansas City officials are working to fix. After decades of trucks crashing, you’d hope they’re looking to do so. Thankfully, it looks like changes are on the horizon, according to KMBC. Here’s what they said.

“The city has said that as long as the bridge has been there, trucks have been hitting it. As KMBC reported in June, Kansas City is working with Kansas City Terminal Railroad, which owns the bridge, to install a warning system with plastic tubes to let truck drivers know if they can clear it before they get to it. When a truck hits the tubes, they make a loud warning noise.”