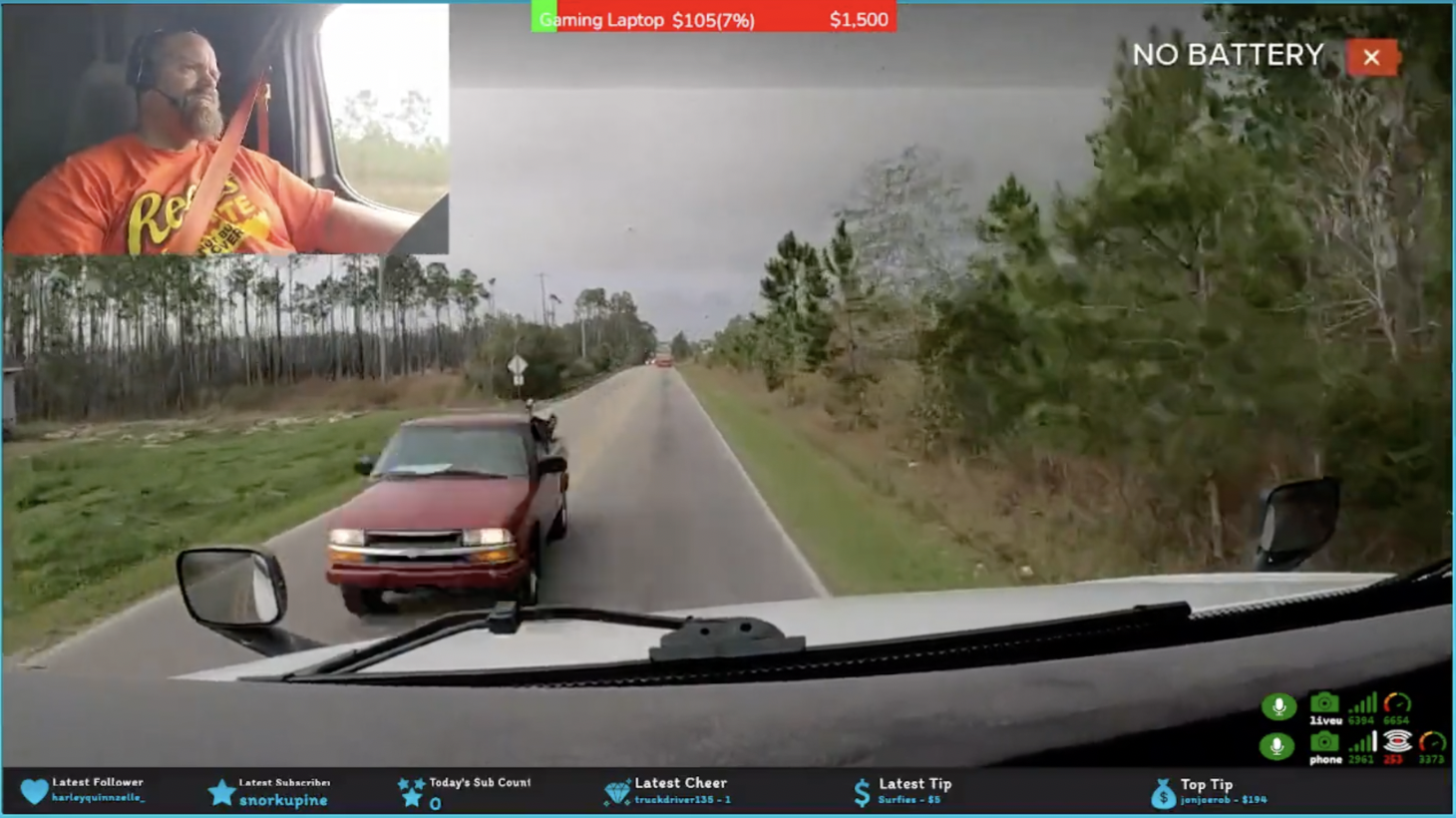 Trucking isn’t like any other profession. Truckers don’t get to go into an office and sit behind a desk for eight hours — they have to risk their lives on the road, rain or shine.

And with that comes a certain level of danger. According to Dolman Law, somewhere between 300,000 and 400,000 crashes involving large trucks happen per year. Around 4,600 of these are fatal.

I say this to make the point that trucking is not a walk through the park. Yes, you’re simply sitting behind the wheel for hours and hours each day, but one small incident can have serious consequences. This trucker/Twitch live streamer learned that the hard way.

OTR_Penguin, a truck driver, swerved away from a four-wheeler in the wrong lane and crashed his truck

On December 14th, a popular eSports account re-posted a video of a trucker who crashed his truck. That truck driver was OTR_Penguin, who actually live streams during much of the time that he’s on the road. The driver had posted the video to Twitch a day early.

And it may pay off to post this clip.

Truck driver and Twitch streamer @ChillyWillyNV swerved off the road to avoid a head-on collision on stream pic.twitter.com/yrHXU8Cw74

In the video, OTR_Penguin can be seen driving normally on what looks like a two-lane expressway. With a double-solid line, there wasn’t much need for concern from the driver. Unfortunately, most of the time that CDL drivers get into crashes, it’s not their fault. That held true here.

A pickup truck is seen entering the frame and appears to be a bit too far toward the middle of the road. They continue to drift into the opposite lane to the point where the semi-truck driver has no choice but to move out of the way, where he catches some grass and begins to shift into the grassy knoll. The truck hits a couple of trees before eventually tipping into its side.

Some have been quick to blame the truck driver.

I feel like he was in the wrong here , the other car literally only came 2 ft over the line

This simply does not make sense. Semi-trucks are not only longer than most trucks but they’re less maneuverable — you can’t just swerve over and return to your original position too quickly without risking a crash. Momentum is not on their side. All things considered, the driver in this scenario handled things pretty well.

Some companies do keep cameras in their trucks, but if this one doesn’t, it’s a good thing he was live streaming.