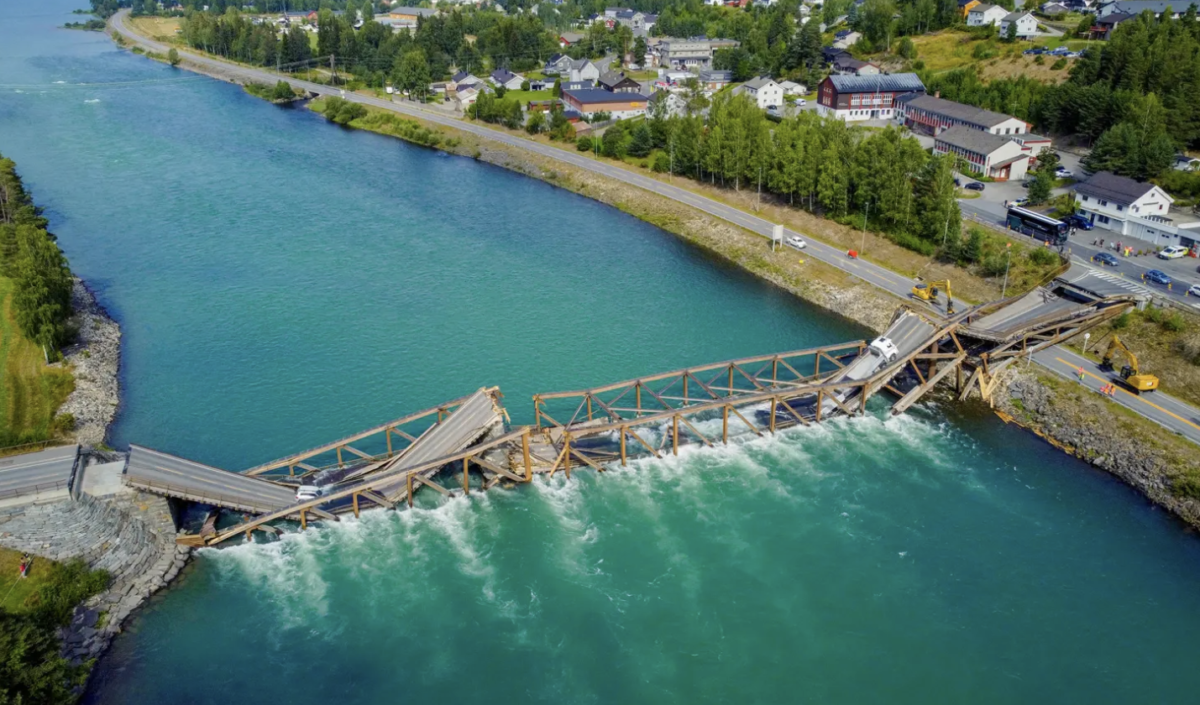 If it’s not already clear enough, there’s never a dull day in the trucking world. In the past couple of months, we’ve had a $100 million jewel heist at a truck stop, a driver smuggling wild animals, and a mysterious man throwing a bicycle under a semi-truck on the highway, to name a few. You guessed it — there’s another bizarre story in the news this week.

This time around, it involves a bridge collapse in Tretton that sent two people into a river in the early morning of August 15th.

Thankfully, everyone was okay. One of the victims of this bridge collapse was able to escape their car and swim to safety, while the truck driver required helicopter assistance. Both were safe.

What exactly transpired that led to this collapsed bridge?

In fact, this wasn’t even the first bridge to collapse in this area. According to the New York Post, another nearby bridge collapsed in 2016, injuring one truck driver. Both bridges were made of glued laminated timber (wood) and neither bridge was particularly old. After this, 11 bridges were closed and checked for safety before being re-opened. This included the bridge we’re speaking about in this article.

Still, the Tretton bridge collapsed, sending a regular vehicle into the water and leaving a semi-truck “nearly vertical” in the river. The bridge, which was built in 2012, was also checked in 2021, leaving many to wonder if these checks are effective at all. At some point, it becomes a big problem.

For now, that’s all the information we have.