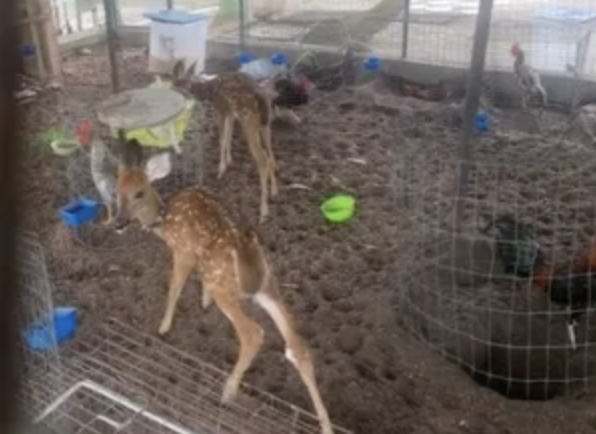 Last month, Ariam Rodriguez Diaz, a truck driver, was charged with 20 counts of illegal wildlife possession. The 30-year-old Naples, Florida native had been transporting animals to his home from places like Ohio and Canada.

The police would eventually discover his farm of animals and report it to the Florida Fish and Wildlife Conservation (FWC). According to the FWC, the man had two white-tailed deer, 15 migratory birds, two illegal bird traps, and eight Canada geese in his enclosure.

Why did this truck driver take these animals and did he know it was illegal?

Because of how open he was about his crimes, some are theorizing that Diaz was unaware that this was illegal activity. He also asked officers if it was illegal to keep the deer.

According to Naples Daily News, Diaz told officers that he had found the deer at a rest stop and lured them into his truck. They would reside in the cabin of the vehicle, where his bed was located, during their transport down to Florida.

I’m no expert but I’m guessing that doesn’t fall under the guidelines of his company’s pet policy.

On a serious note, Diaz was eventually arrested for his crimes and released on a $21,000 bond a couple of days after his arrest. He will appear in court on August 17th.