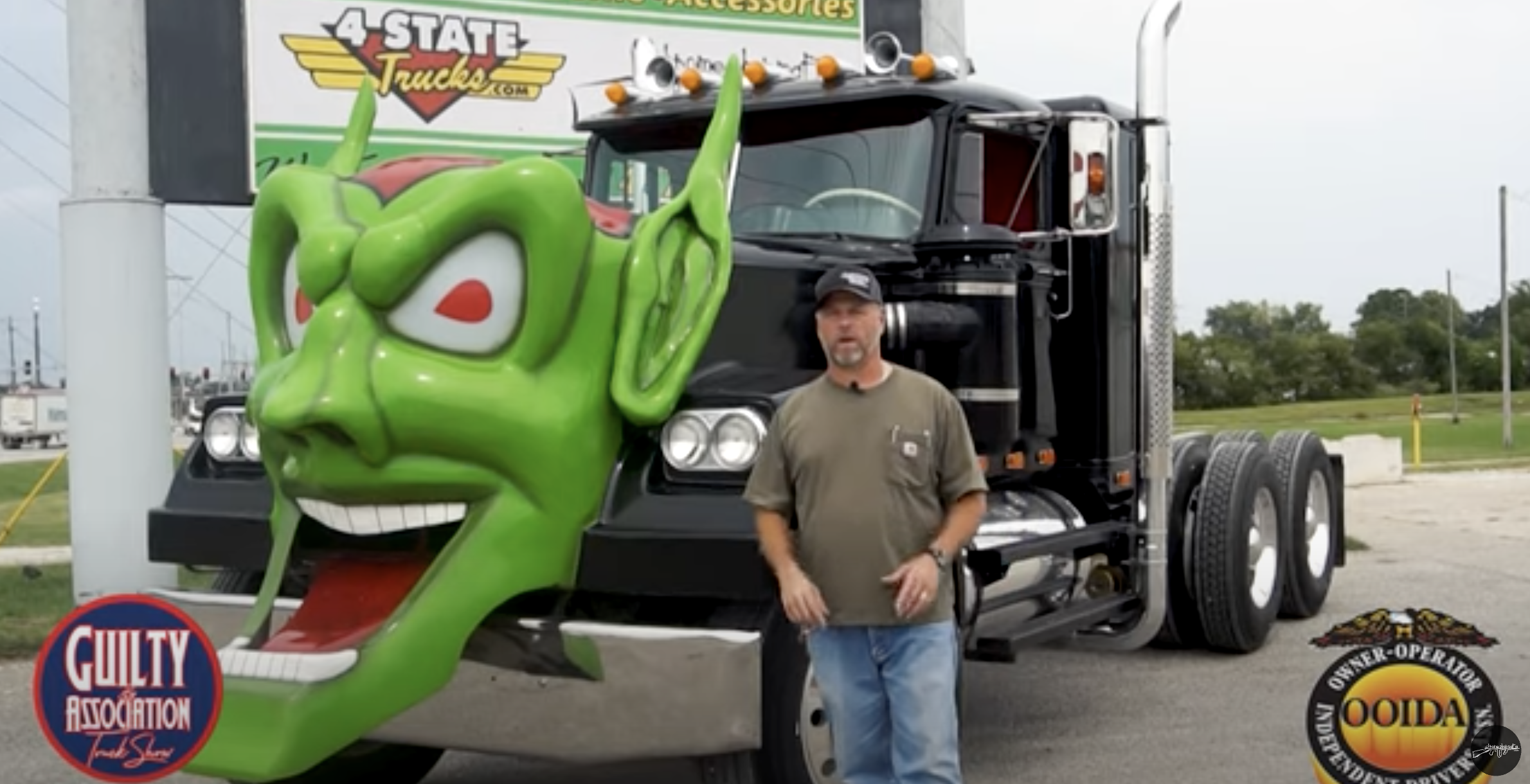 It’s Halloween time. In the trucking industry, that means… well, almost nothing. Still, it’s a fun time to look at some of the spookier things in the industry — and what better to remember than a blockbuster horror movie involving a semi-truck?

The film featured a possessed truck that chased after the protagonist and other characters. The movie received terrible ratings, though it was extremely memorable for many. Apparently, it was memorable enough for one man to make a recreation of it.

In October of last year, a man named Nate Lawrence showed up to the Guilty by Association Truck Show with a Green Goblin truck. Granted — it wasn’t THE Green Goblin truck — but it was a near-perfect recreation of the antagonist of Maximum Overdrive.

According to Land Line, Lawrence is an expert in the field. He has spent years building haunted houses and movie sets across the United States for years. The Green Goblin truck came naturally.

The truck quickly became a favorite at the show, drawing audiences from all around. Apparently, some people traveled to Missouri from as far as Omaha, Nebraska for the sole purpose of seeing the Green Goblin truck.

“I had a fan come up and tell me they drove all night from Omaha, Neb., just to see the truck. And another hundred people have told me this truck is the reason they came to the show. There are a lot of beautiful trucks here, so for somebody to say that it’s really humbling.”

As of a year ago, Lawrence also planned to recreate the school bus from the very same movie.